Why I PMC - Wayne Sula 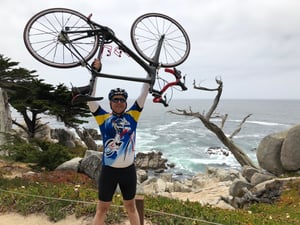 Twenty years ago, I was a freshly minted cancer survivor. Beating testicular cancer and dealing with surgery and radiation was a hell of an experience, and I tell people that getting through it all was the best thing that ever happened to me. There is no quicker way to re-calibrate your life, and what’s important, than for someone to look you in the eye and say “you have cancer”. Suddenly that difficult project at work is not a big deal and is less stressful; that idiot driver tailgating you on the highway gets a friendly wave as you let them pass; the three days of non-stop rain is great for the flowers. It’s all good, because I kicked cancer’s ass and avoided what many people think is unavoidable.

The funny thing about “cancer re-calibration” is that it’s a journey, it’s not an on/off switch. Oh, I had a different outlook on life. But the weird thing was that, with a few exceptions, I really didn’t want to talk to anyone about my cancer experience. I just wanted to internalize it and put it behind me. Maybe it’s a guy thing, I don’t know. But it was tucked away in a corner of my persona and it was just best to keep it there.

And then a couple of things happened.

I fell in love with cycling after watching friends of mine get passionate about riding. Early morning rides, smelling fresh cut hay, seeing parts of Lakeville I didn’t even know existed, those were the things that my bike introduced me to. And I loved every aspect of being on my bike. And I wanted more. I wanted to do a really long ride. I heard about the Pan-Mass Challenge, and quickly dismissed that idea and the associated fundraising. No way was I going to ask people for money.

And then one morning, I caught Lance Armstrong on a TV interview talking about his Lance Armstrong Foundation and what motivated him to start it, even in the midst of his crazy training regime. Lance obviously had survived the same cancer I had, so I was listening closely. He looked into the camera, and I swear to this day he was talking directly to me. And here’s what he said: “If you’ve had cancer, and you survived, you owe it to the people who didn’t make it to carry the torch and do something, anything, to wipe out this hideous disease. It’s called ‘The Responsibility of the Cured’ “.

I couldn’t breathe for a second.

I stood there, trying to process what I heard and what I was feeling. And then I put my finger on it. 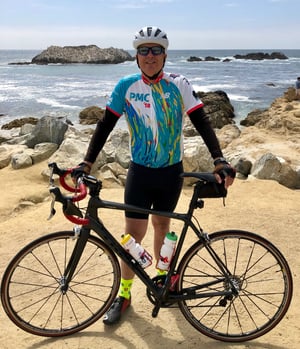 How could I know first hand how horrible cancer is, and yet not lift a finger to help do something about it? How could I not want to talk about my experiences? I was cured, but how did I not know I had this responsibility? Later that day I dragged out the information I had filed about the PMC, read it again, then really read that fundraising part again, and just smiled. I signed up for my first PMC, and twenty years later I’ve never looked back and regretted anything about the commitment. 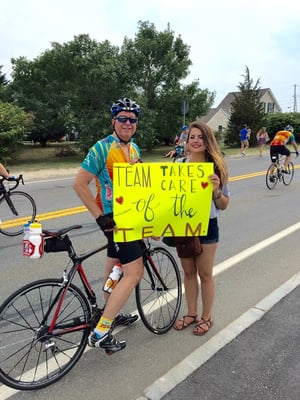 For me, it not just riding in the PMC and raising money. It’s also about opening up and talking to complete strangers at a bar about my cancer. It’s about trying to help friends and family that are dealing with their cancer. And it’s about inspiring others to do something; I helped organize a PMC company team years ago that has thrived and grown. And if I get introduced to someone and learn you are a cyclist, well then step over here I got a couple of things I want to share with you about this thing called the “Pan-Mass Challenge”.

This year is a celebration for me, my 20th consecutive PMC. I’ll be part of a small family group called Team Attache’ so give us a thumbs up when you see us. I’ve promised our new riders I am buying all their beer at Mass Maritime, so they are pretty impressed. I can’t wait to see their reaction to the ride, because I vividly remember mine like it was yesterday.

By the way. Cancer can s*ck it. See you on the road! 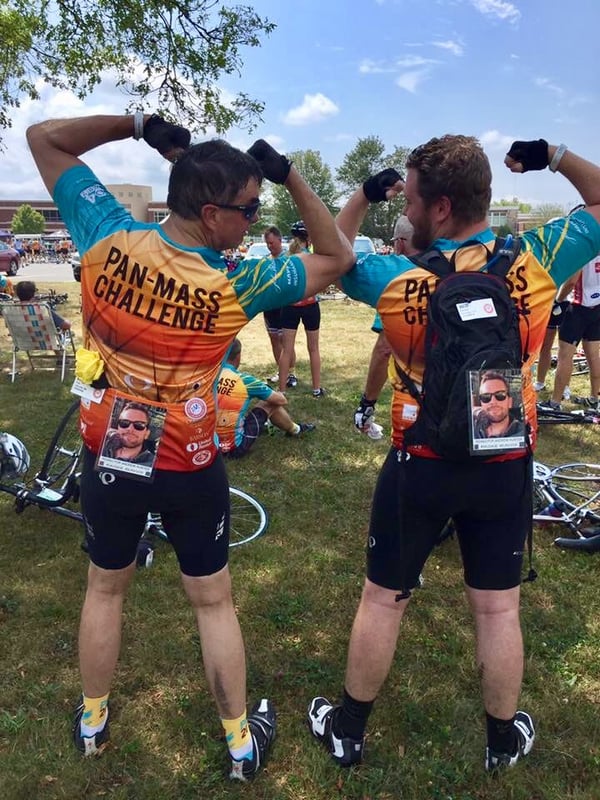