Why I PMC! At the beginning (1994) I was involved because my wife Ingrid was dealing with breast cancer. In my mind there was no better way to show a commitment on my part than to support Ingrid and to make a commitment to a great cause in helping find a cure for cancer. I was and still am a Director at the Cape Cod Sea Camps (CCSC). Yes, the home of DA' HEDGE. The PMC effort has become a way of life for everyone connected to CCSC. Twenty four years ago our Executive Director (Nancy Garran) asked me if i would be in charge of promoting some sort of "Feel Good Experience" for our camp. What better way to promote that "Feel Good Experience" than to get the camp involved in this wonderful and life-changing effort. The first year was very minimal with my good friend Todd and I riding with very limited involvement from camp. Boy, did that ever change quickly! The second year we started having our staff volunteer; our campers and staff started fundraising; we had a much larger CCSC/PMC riding team; and there was an escalated awareness of our effort at camp. We started having Captains that were Cape Cod youngsters dealing with cancer being involved in our effort. Currently, our camp has become immersed in the PMC. Prime movers in our upgraded effort has been our Resident Camp Director David Peterson, and Andrew 'Crash' Sims a Monomoy Day Camp Director. David supported everything we were doing on campus and Crash took over as the Coach of our CCSC/PMC Team Schuyler Team Logan riding team. We have raised approximately 2 million to date. We send out 150 volunteers each ride to help with different phases of the support needed to pull off the massive PMC effort. For instance, we have 25 of our staff leave campus at 2:30 AM to be at MMA in time to load the luggage on the tractor trailers for the 5,500 riders ready to head to P-Town. We gave them the title of 'Lug Nuts’. We have received complete support from the PMC to help us pull off our mission of making our 750 campers; and 200 staff aware that is OK to get involved in a worthwhile effort to make a positive difference in the world. To help CCSC in reaching our level of awareness we appreciate greatly that Billy Starr comes to our camp the week before the ride to talk to our 750 campers and 200 staff at an all-camp assembly about the virtues of the PMC effort. We have  developed a team Mantra which is: 'We still have work to do and everything we do is for all of the right reasons’. Sincerely, Otis-Director of the Monomoy Day Camp 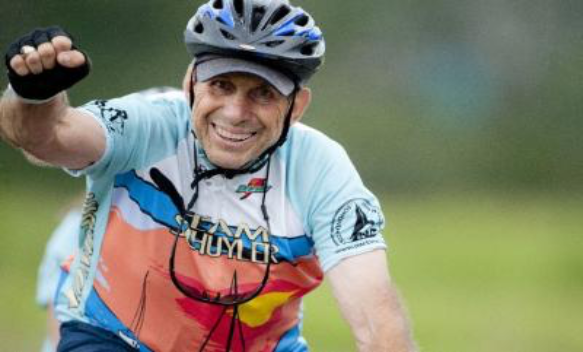 PS: I believe that the one thing we do that sets us apart is DA' HEDGE. About 20 years ago our staff and campers started making their way to a hedge we have in front of camp along the 6A route to cheer on the riders. Before we knew it most of the riders were raving about the rush they got when they passed by the cheering section. Our Resident Camp Director, David Peterson, decided to make it 'a happening'. He arranged for breakfast to be served at the hedge. Noisemakers were provided to the campers, bagpipers played, banners were made by the kids, and our art department with the direction of Deb Greenwood had all of the campers involved in huge PMC displays and so on. The hedge had arrived. However, it needed a name. It was about the time that the Chicago Bears were getting a lot of play being known as DA' Bears. I thought it made sense to name it DA' HEDGE. When one mentions the PMC and the second day of the ride, DA' HEDGE is synonymous. 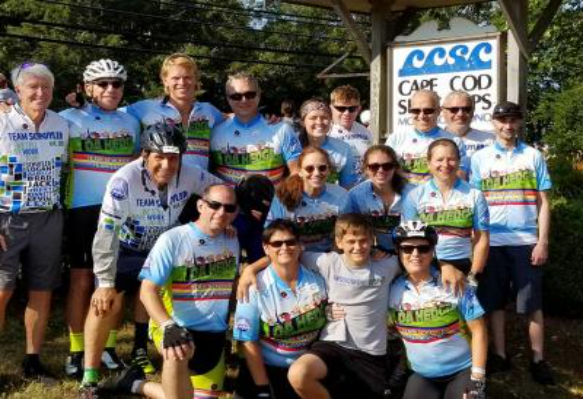